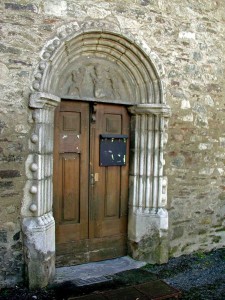 The porch of Saint-Etienne de Barcugnas is a striking example of the “archaic” Romanesque style which lasted here into the 16th Century: the sculptors decided to crate a work in the Romanesque spirit of the 12th Century! They therefore built a doorway with recessed voussoir arches supported by slender columns.
The subject chosen for the tympanum was the stoning of saint-Stephen. The fact that the central figure is the saint and no longer Christ shows that there had been a major change. Since the star of the Gothic Era, saints had become primordial in popular religion 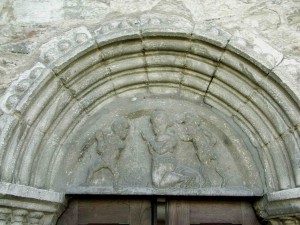 Also worth a visit: in the parish church of Luchon (Notre-Dame-de-l’Assomption), the remarkable mural paintings in oil and caustic by Romain Cazes, a student and disciple of Ingres.